Having all been NVIDIA fans for years, the trip to GTC took on pilgrimage levels, despite the 04.45am leave time we were super excited to be heading to Munich.

Ever growing levels of GPU compute allow us to do what we do, create amazing computer graphics to transport the viewer into another world.

The keynote demonstrated the incredible developments in virtual reality, machine learning, deep learning and GPU computing power and as expected was heavily slanted to AI and machine learning with crazy amounts of power (2 petaflops) in the NVIDIA DGX-2. Autonomous driving also featured heavily with the announcement of Volvo adopting Nvidia’s Drive AGX system. 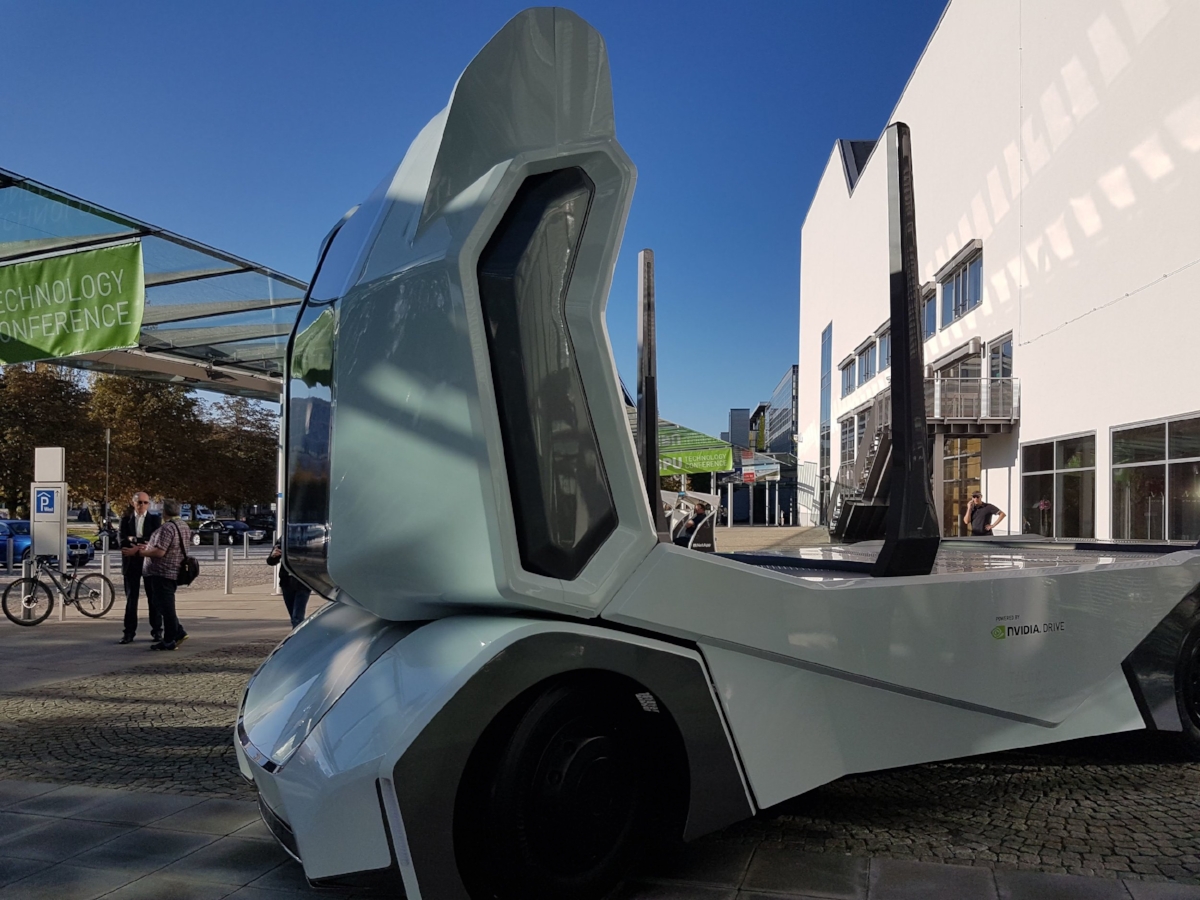 What gave us greatest pleasure, however, was getting to demo our very own VISIONxR™ system. Both Jason Southern from NVIDIA and Rishi Kalanke from HP were very generous in their support introducing us to a number of interested parties. Our demo consisted of using an iPad to jump into the realtime collaboration space hosted inside VISIONxR™. Using our jet engine demonstration scene we were able to interact with Iestyn and Sam who were back in the Brighton office, Iestyn would wave to the users in Munich who would then relay instructions to the team in Brighton to move bits of the engine around within VR. We would then switch it into AR mode and pop the engine with Iestyn and Sam busy at work down onto a table top. 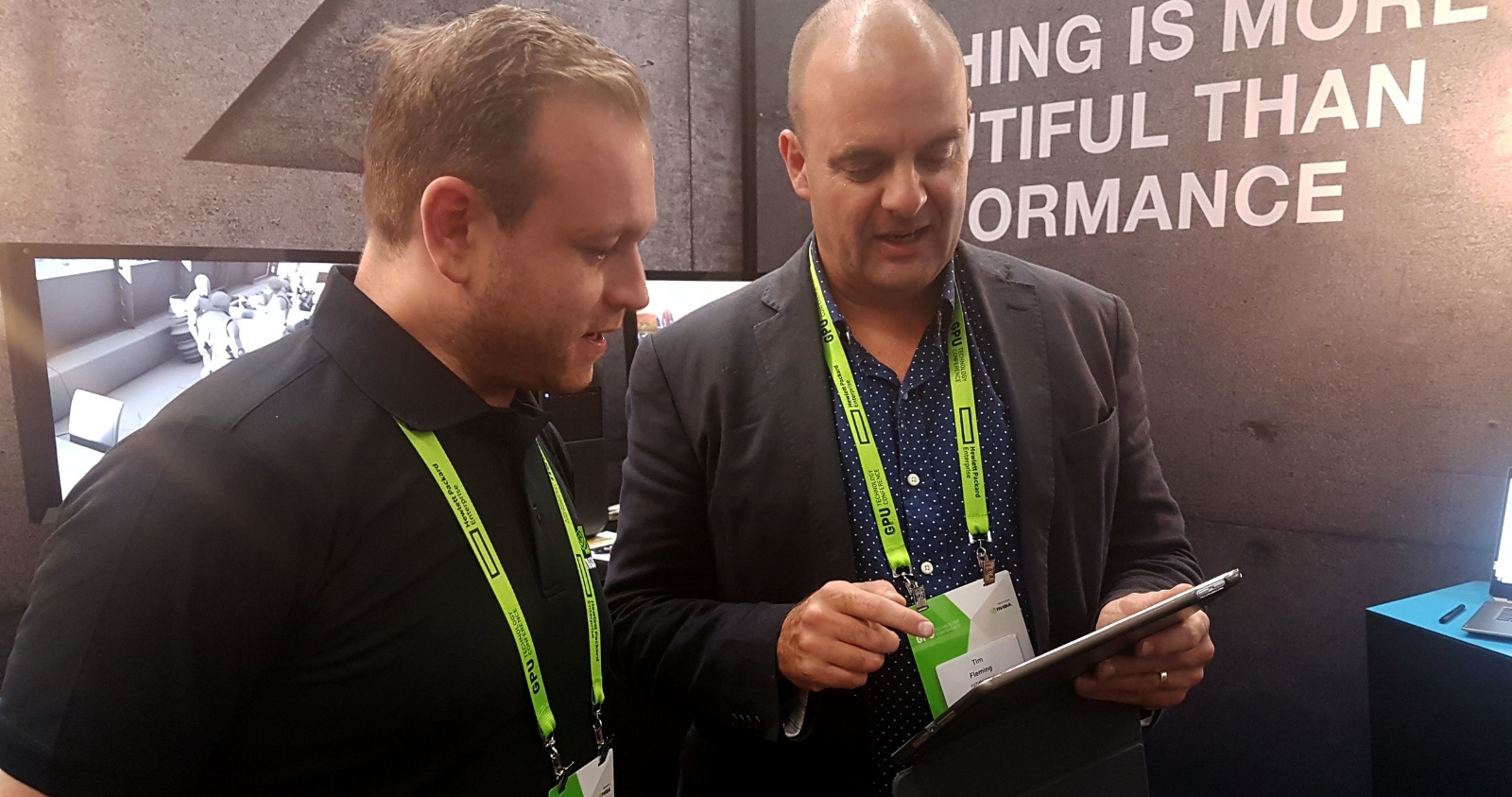 Tim met with David Weinstein the Director of Professional Virtual Reality at NVIDIA and Greg Jones the Global manager of Enterprise Virtual Reality up at the VR lounge where they were hosting holodeck across 6 rooms. David and Greg are both huge advocates of collaborative VR and were very supportive in their assessment of the features in VISIONxR™.

We look forward to working closely with NVIDIA and HP in developing professional collaborative services.

The talk by KPF on the holodeck was really useful for knowing how collaborative VR can be used to increase productivity, reduce costs and help demonstrate projects to colleagues and clients, it was definitely one of the most informative and interesting talks of the conference.

The talk on NVIDIA VRWorks showed how it is a really useful tool for developers to use to get the most out of their graphics card with virtual reality. Some of the newest developments include multi view rendering so that you can have HMDs with more viewports, thus a higher field of view. This could be one of the key features in the future of VR, as demonstrated with the StarVR headset, having a total of 4 viewports. Even SLI gets a mention as it is set to be a being a bigger thing for VR, with the advent of multi view rendering, each view could potentially have its own graphics card, giving you true 2x the power with a second graphics card.

Given the focus at Future Visual on our collaborative product VISIONxR™ we were delighted to meet so many awesome members of NVIDIA who gave us the thumbs up on our thinking and our journey. 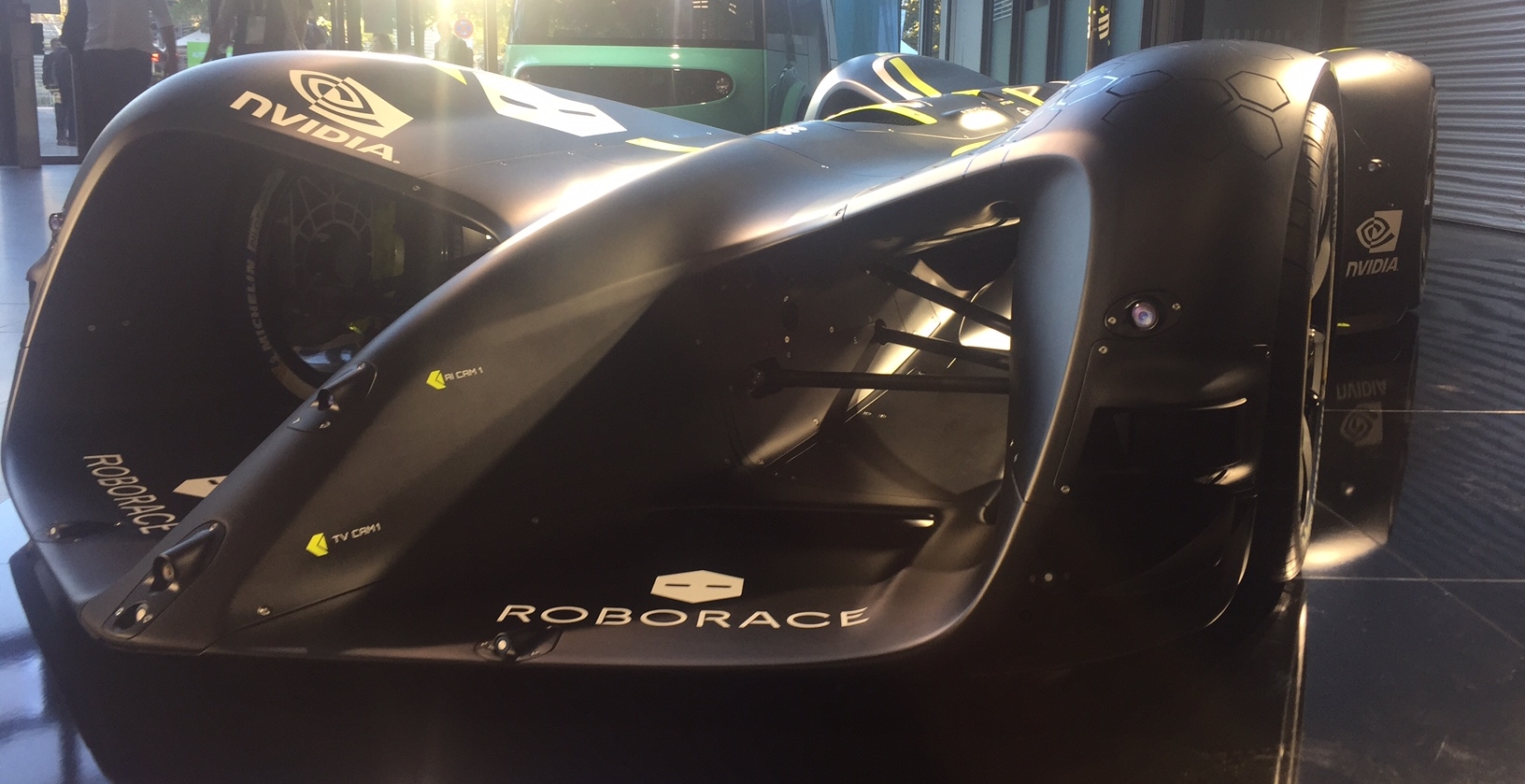 Find out more about VISIONxR™