VR education to Africa. Lions, zebras, space, robots… what a way to learn!

Working with the Goodall Foundation has given us an insight into their passion for “levelling the playing field.” Through their work in Tanzania the GF team have been working to bring resources to the organisations and families they work with. Started by Andrew Goodall as a philanthropic division of his real estate company we worked directly with Andrew and his Foundation Director Eugenie Teasley. Andrew is a man of vision so when he saw Virtual Reality he understood the potential immediately, he knew that Virtual Reality is a medium that can be transformative and he funded the creation of two work streams with Future Visual.

The first stream was a realtime module developing language skills. We took the viewer to our CGI version of the African Savannah where they saw the story of the Beetle and the Bee, a modern day fairytale taking place with a supporting cast of Zebras, Elephants and Lions. There was then a question and answer session at the end that tested the user on some key phrases from the experience. The experience was available to be listened to in both English and Swahili with the graphics for both languages translated throughout. 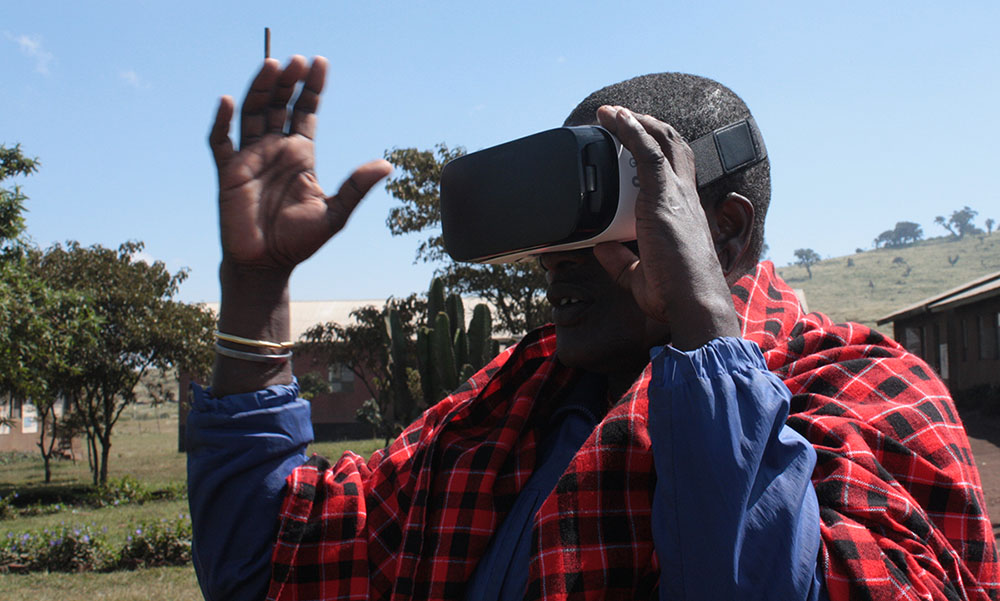 The second module was a pre-rendered 360 CGI film developing Maths skills. The film focussed on fractions as this is an area that children learning Maths often find a tricky concept. By combining space and our friendly Maths Robot we were able to show a number of ways of looking at fractions as well as providing a really fun experience. 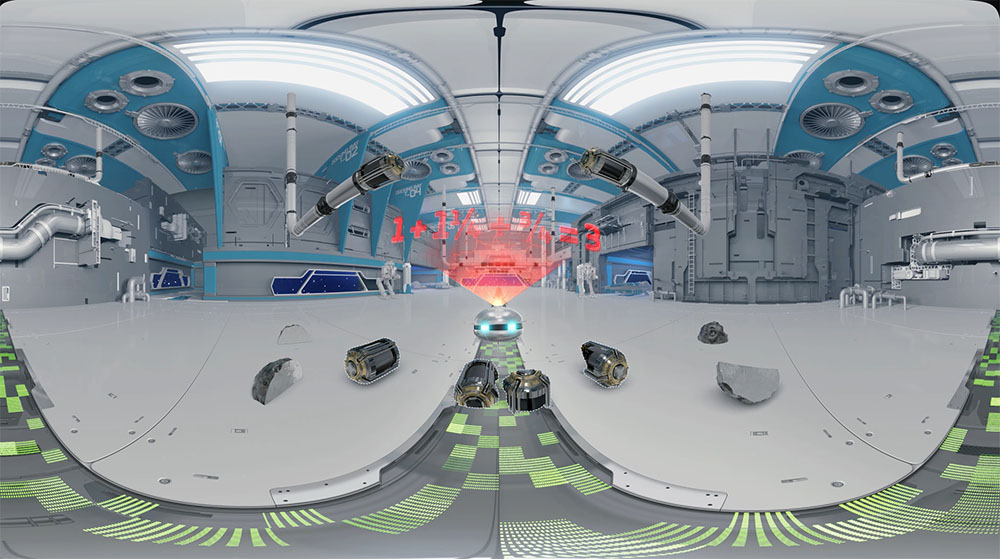